Sr. Stanislaus, who served the Ajmer Convent as Principal in the early 1980’s left to meet her Heavenly Father on 12th January 2020.

A short prayer service was organized in her memory and for the repose of her soul on 21st January 2020 in S.M.A., Ajmer. The Sisters, Teachers, Students and Support Staff gathered in silence to pay tribute to one of the stalwarts of the magnificent edifice called St. Mary’s of the Angels, Ajmer.

The short introduction was read out about how she affected numerous lives in different roles. The Lord’s Prayer was said after which a reading from the Holy Bible followed. Each person bowed their head in silence as students prayed for her soul, her grieving family and friends through the prayer intentions.

Finally a floral tribute was offered by the Sisters, Teachers and Support Staff. 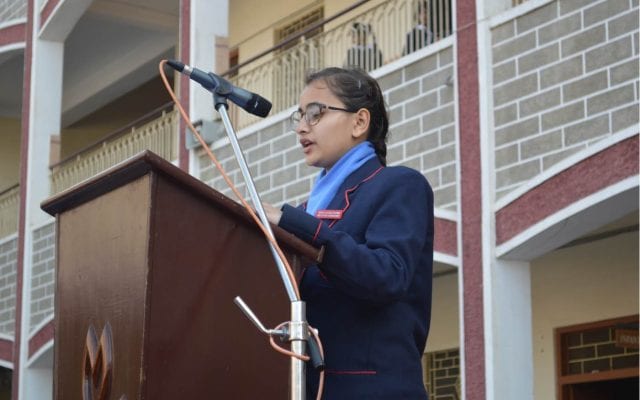 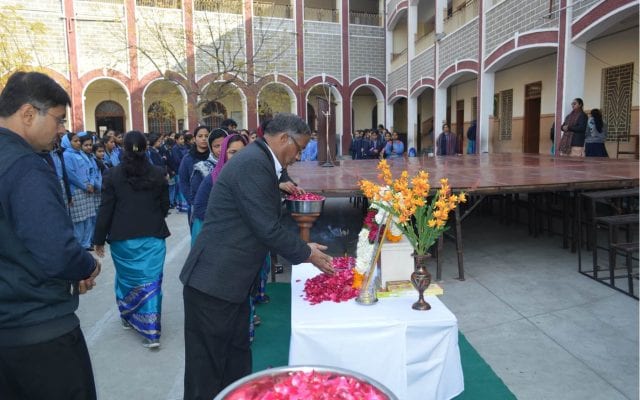 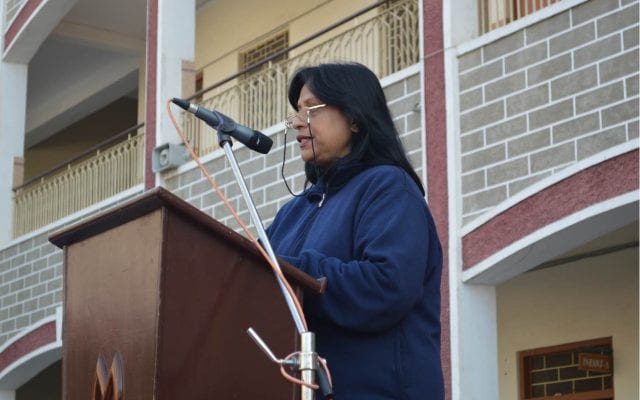 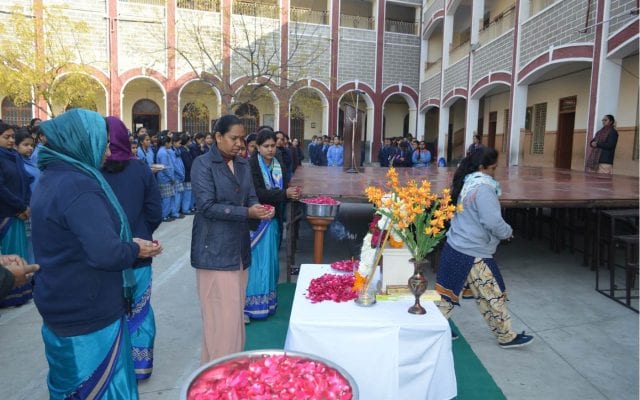 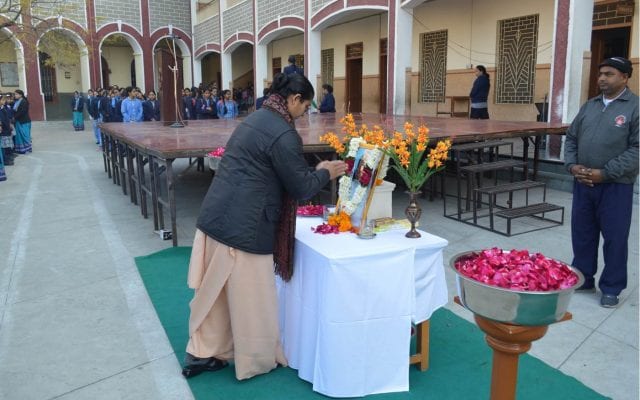 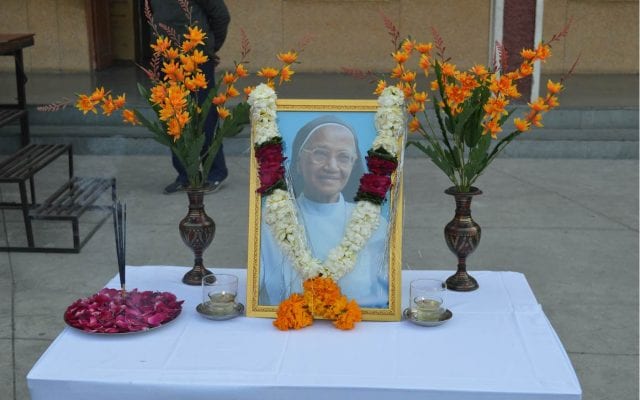